Philip Goss III was born about 1700 in Lancaster, MA. He died about July/August 1742 in Brookfield.  On 25 November, 1723 he married Keziah Cooley in Brookfield.

They had the following children, this is a summary:

In future posts published on this blog, more information will be shared about each of the above children and additional research done, along with sources. See below for a table of contents of posts published after the search hints.

There are three ways to search this blog: 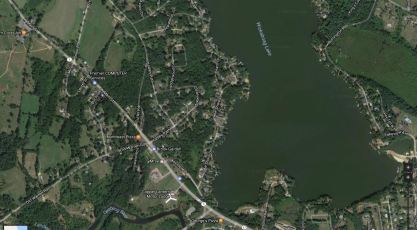 Open the map picture and look on the right side of Wickaboag Pond and find Hadley’s Path and note were Cutler’s Road meets it.  It is in this area where Capt. Philip Goss and Judith settled.  His son Philip Goss was close by.

Philip Goss and brother Thomas Goss settle in Granville, MA, October 8, 2017. Brothers settle on land in Granville and Philip sells it to his brother and heads to Becket, MA.

NOTE: Please understand that I will eventually get to Philip Goss III and his wife Keziah Cooley Goss but it will probably not be till 2018. Meanwhile some of the posts above cover a little bit about this couple. At this time I am writing about their son Philip Goss IV and his wife Mary Kendall Goss.  October 8, 2017